Segment-trigged flows trigger a flow when they join a particular smart segment. Typical flows that can be triggered from a segment-triggered flow include:

To create a segment-triggered flow, create a new flow and select a smart segment from the dropdown on the lefthand side of the flow editor. Smart segments are marked with a ⚡️. 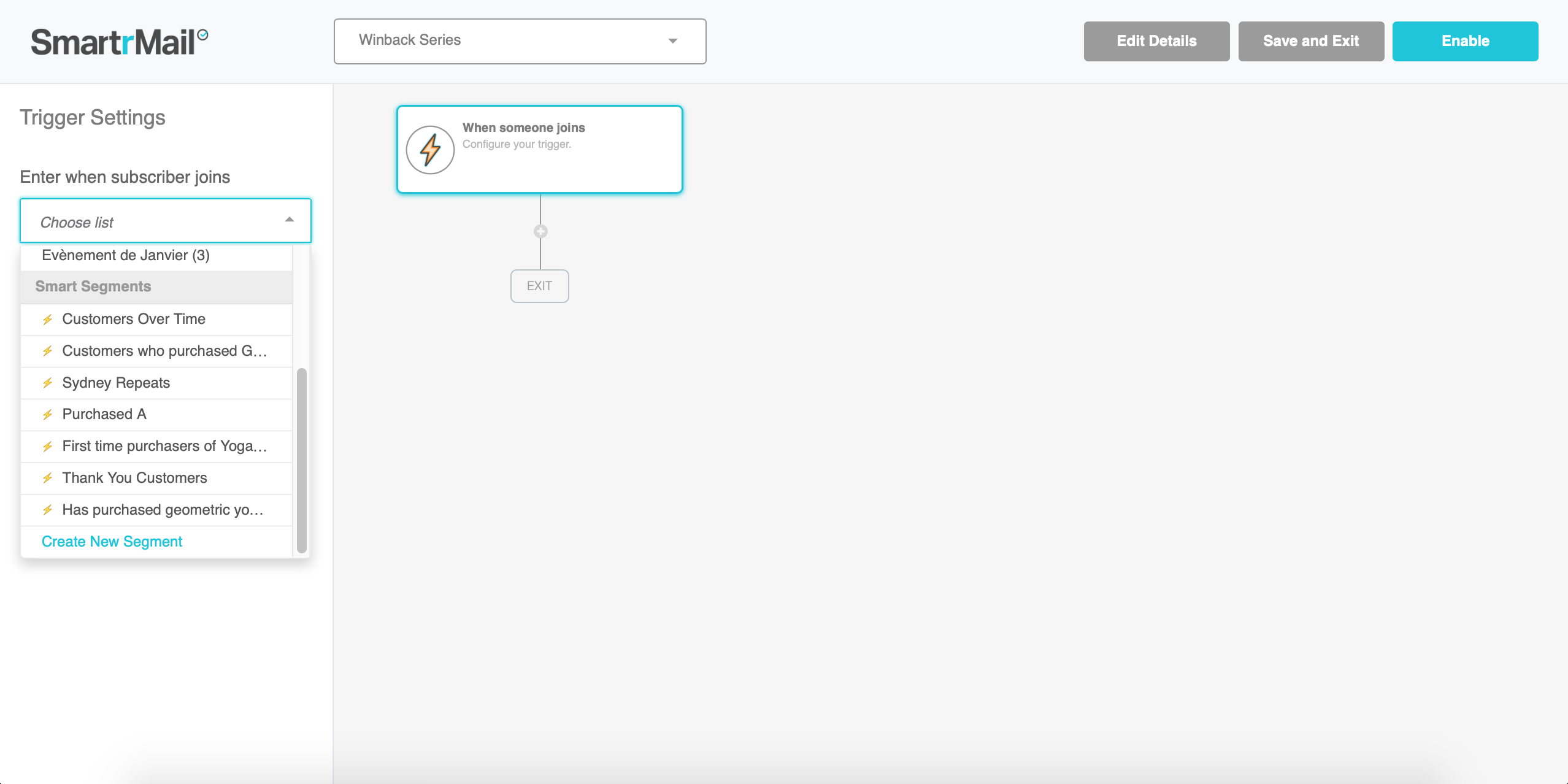 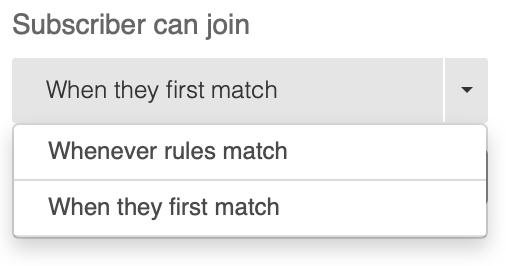 Once you select a smart segment and save, you can no longer change the list that triggers the flow.

How a Segment-Triggered Flow Works

A segment-triggered flow will add subscribers to your flow whenever they join a particular smart segment.

Subscribers can either receive a segment-triggered flow every time they join the segment or only the first time they join, depending on what you set.

If you choose to When they first match. If a subscriber is removed and re-added to the segment they won't receive the flow.

In both cases, subscribers won't receive the flow if they've been in the segment with a suppressed status and then become subscribed. For example a subscriber being unsubscribed but their status changing to subscribed.

A subscriber will remain in the flow until they pass through all the steps to the exit. However they will exit the flow if they are no longer in the trigger segment. This is in addition to subscribers who unsubscribe, bounce or change their subscription status on your connect platform (Shopify, BigCommerce etc)