Written by Nicolas Vibert
Updated over a week ago

Emails manually designed with SmartrMail's drag & drop composer are made up of multiple 'blocks' to make e-commerce email design easy.

That doesn't mean that you can't choose to add your own flavor - besides changing your template (available from the design page), you can manually create collection or product blocks using the Collections block.

The main reasons for using Image+Caption blocks are:

Below are the steps involved in adding an Image+Caption block.

Simply click on the "Image+Caption" button in the bottom right hand corner and an Image+Caption block will appear (the circled block on the left). 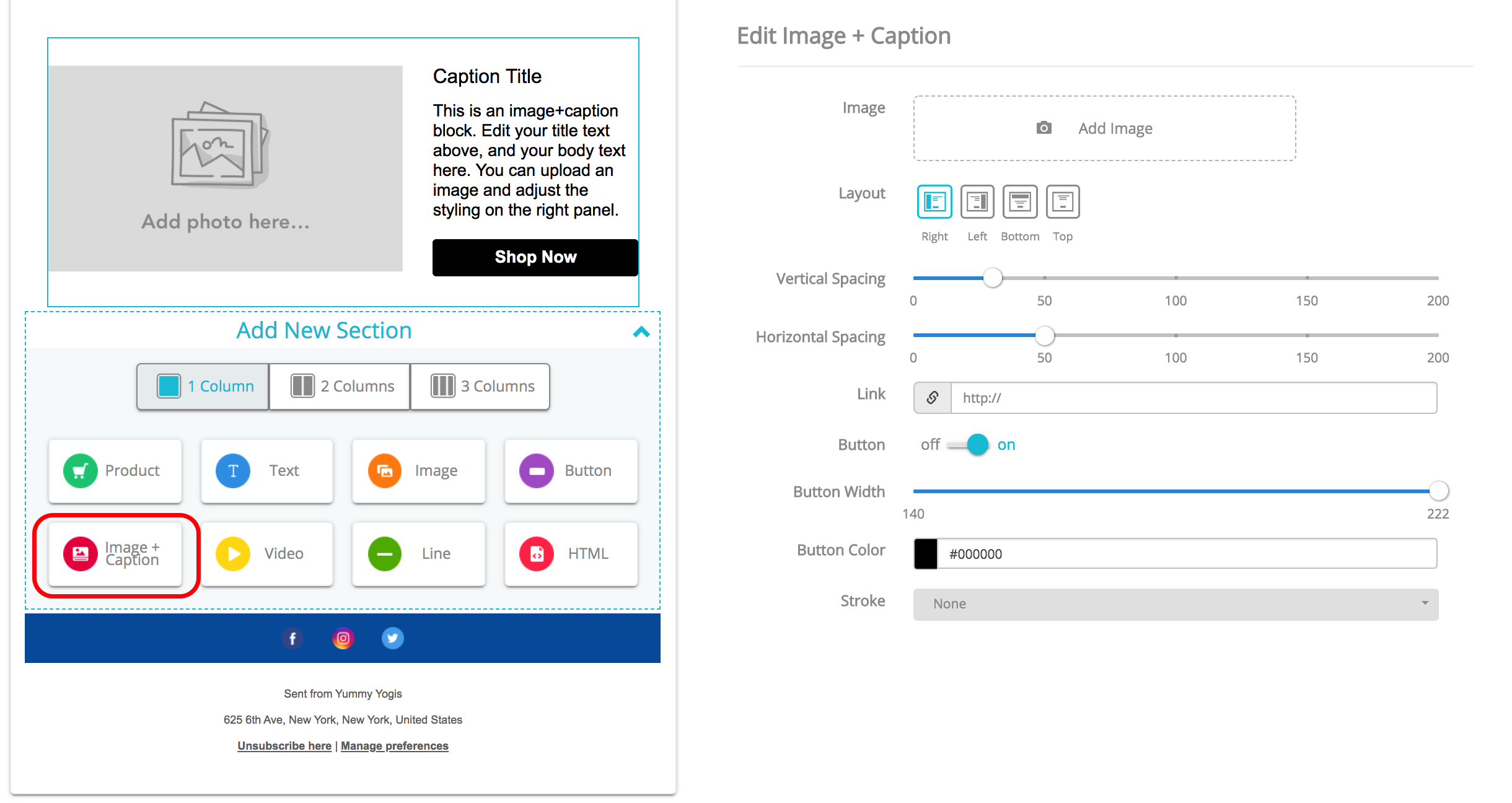 Now that you've added the Image+Caption block, it's time to add an image to it. You can do this by clicking on the "Add image" button on the right. This will prompt you to select the image you want to use from your computer.

This button is highlighted for you below. 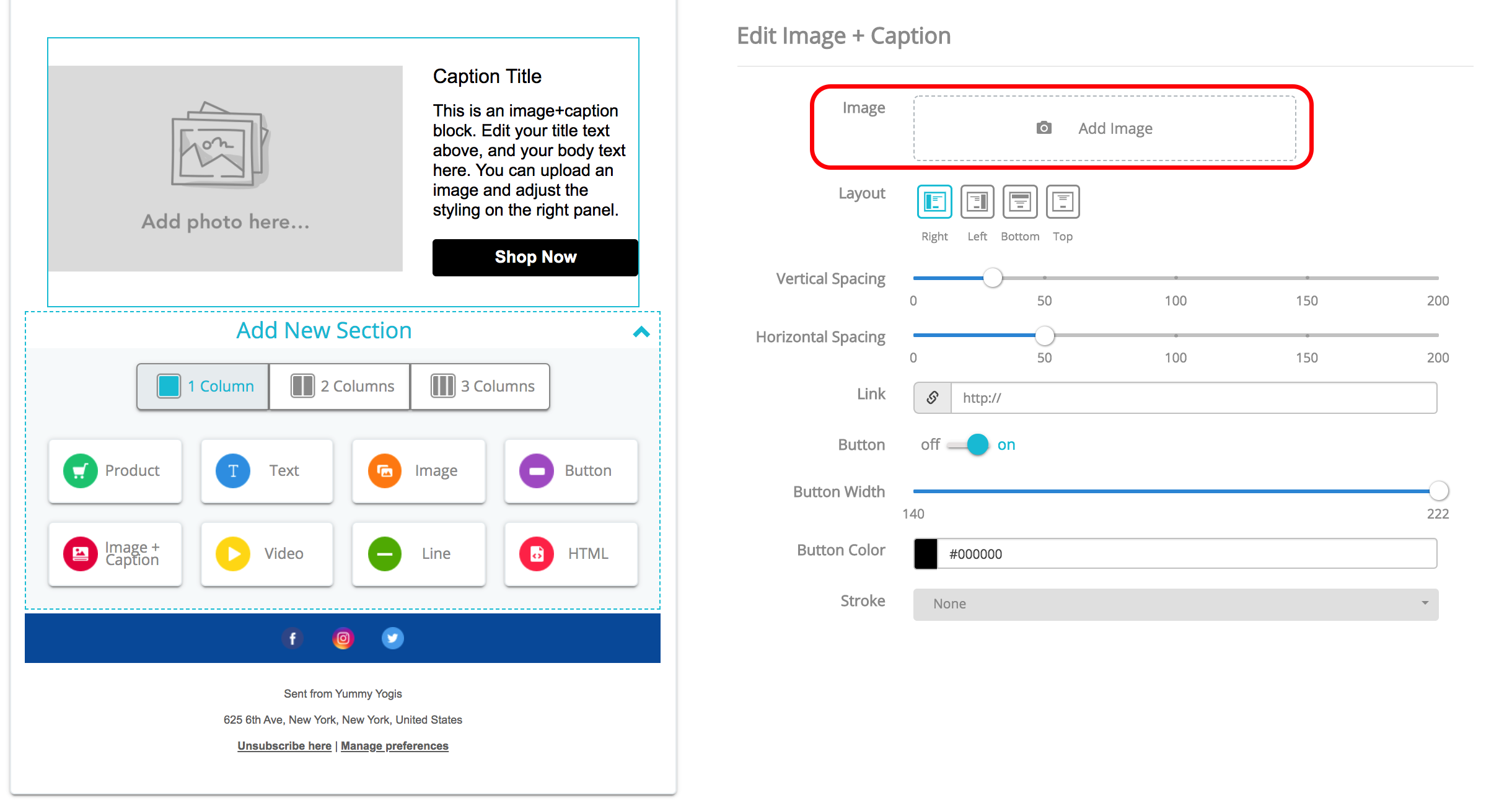 The last step is to add a caption to your image. The caption is made up of two parts: the title and the caption itself.

To add this to your Image+Caption block, simply type what you want to say into the appropriate text fields highlighted below. 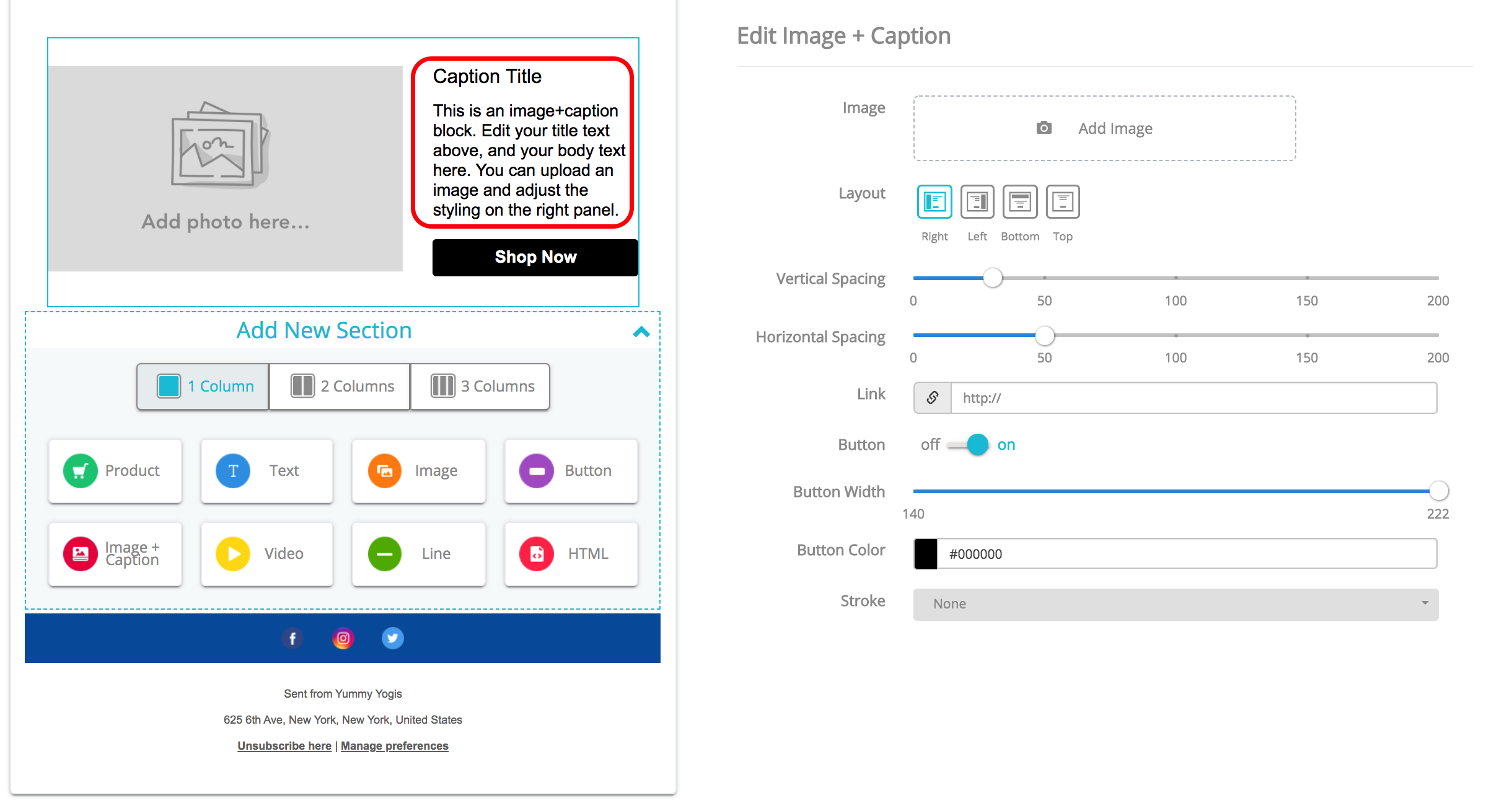 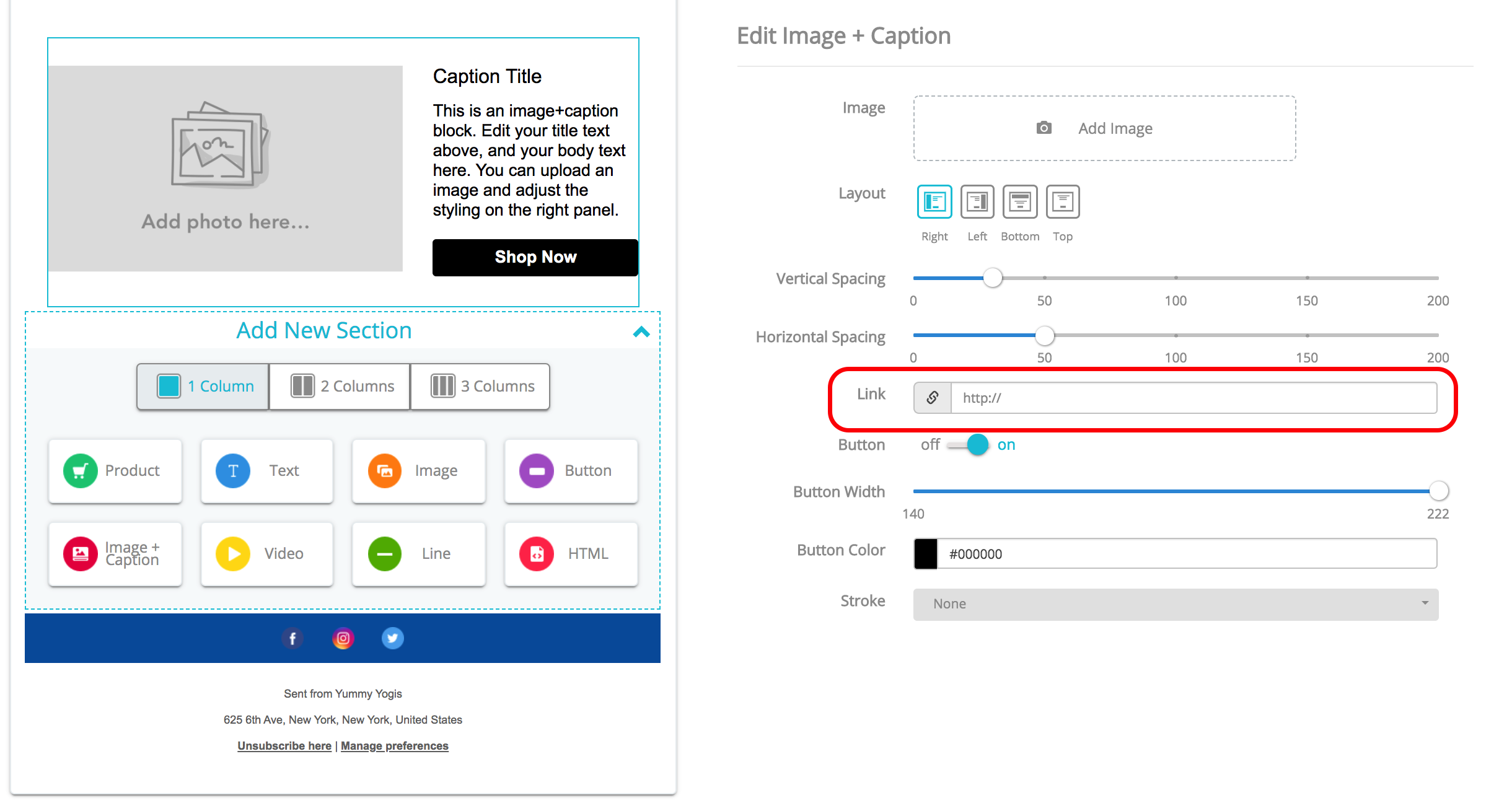 Note: If you do not want to include a title, you can simply delete the placeholder text in the text field and leave it blank.